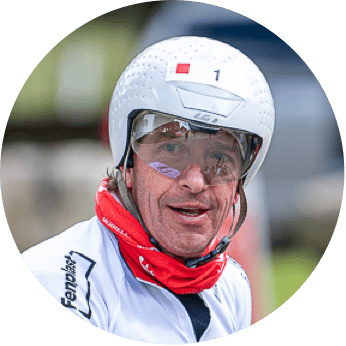 A Quebec entrepreneur, dedicated philanthropist and fervent athlete, Dany Bonneville is co-president of Industries Bonneville, a jewel of Quebec industry for 55 years. He has met a number of major sporting challenges in his life, competing in five Ironman events and numerous ultra-cycling competitions, such as the prestigious Furnace Creek 508 and SilverState 508, when he rode more than 800 km solo in 37 straight hours without sleep.

With this new undertaking, Bonneville is proudly convinced that he is making a difference not only in the academic and sporting lives of FAEQ scholarship recipients, but also in the daily lives of many 808 Challenge participants. Bonneville, who has also been active for the past decade in several major organizations, including Opération Enfant Soleil and the Heart & Stroke Foundation wants to help the Foundation with one of its objectives, which is to establish sporting and academic role models who will inspire youths and tomorrow’s adults.

“ I adore all extreme challenges and I use them to encourage my family, friends, employees and business partners to make sports and healthy habits a part of their daily lives. I believe that the Bonneville 808 Challenge formula will allow everyone to choose a challenge customized to their needs and abilities. ” 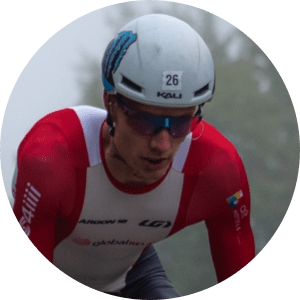 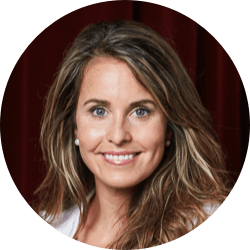 Born December 22, 1973 in Montreal, Annie Pelletier won the bronze medal in women’s diving in the 3 metres springboard event at the 1996 Summer Olympic Games in Atlanta, Georgia. She also won two gold medals at the Commonwealth Games in 1994, was the first athlete in Canadian history to take gold at the FINA World Championships, also in 1994, and finished with a gold and silver at the Pan American Games in Argentina in 1995. A scholarship recipient from Fondation de l’athlète d’excellence in 1995, she has worked full time for the FAEQ since 2005 as communications and partnerships director.

Socially, she supports and does volunteer work for several causes, notably as a patron to the athletes of Special Olympics Quebec for nearly 20 years.

“ Participating in the Bonneville 808 Challenge is a way to encourage our young student-athletes, who will be tomorrow’s leaders! ” 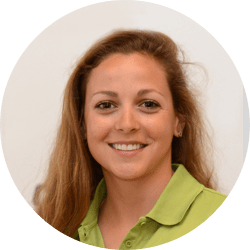 Born May 19, 1993 in Ste-Agathe-des-Monts, Amélie Kretz grew up in Blainville. She started her international career in the juniors in 2010. After being named Elite Junior Athlete of the Year by Triathlon Canada in 2012, she won the bronze medal at the World Championships in the under-23 category. Also in 2013, she won her first World Cup event with a gold medal in Edmonton. In 2015, Amélie earned her second career podium, winning a silver medal at the Australia World Cup. In 2016, she posted her career best at the ITU World Triathlon Yokohama, finishing eighth. She competed in her first Olympics in Rio, finishing in 34th place.

Amélie studies applied nutrition at Guelph University and wants one day to run her own clinic and work with high-performance athletes. She loves cooking, fishing, reading, cross-country skiing and mountain biking. She is an ambassador for Procure, the Force Against Prostate Cancer and for Rapides et Radieuses.

“ The Bonneville 808 Challenge will enable student-athletes like me to enjoy the support of the Foundation. I want to help make the event a success by being involved and riding for a cause that means a lot to me. ” 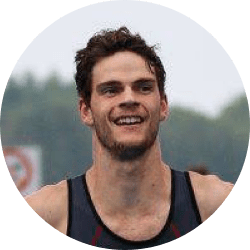